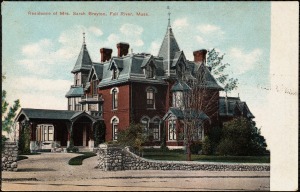 The 1900-01 lecture tour of the United States and Canada was a less than happy experience for the 26-year old Winston Churchill, who had recently been elected as a member of parliament. He found the tour, on which he would speak on the Boer War and his escape from a prison camp in Pretoria the year earlier, tiresome, less financially lucrative than hoped, and, at times, mildly embarrassing. The source of most of the trouble emanated with Major James B. Pond, his booking agent for the tour.

Arriving in New York in December 1900, Churchill was quickly embarrassed by Pond’s promotional efforts, which he thought were “odious” and “vulgar.” The agent advertised Churchill as “the hero of five wars,” “the author of six books,” and “the future Prime Minister of England,” when the lecturer had served in four wars, written five books, and not yet taken his seat in the House of Commons. Worse still was that Pond created a reception committee of prominent citizens for the New York event, releasing a circular, but did not trouble himself to actually ask the 75 individuals if they wished to be associated with Churchill and his lecture. Edward Van Nees, a lawyer, was irate to find his name included and wrote his own counter-circular, every line of which demonstrated that he had been “extremely angry when he wrote it.” Pond could not have been surprised by the reaction as Van Nees was well-known as a prominent Boer sympathizer. While publically the agent dismissed the uproar and said he would release a new version without the names of any dissenters, he actually thought it was a great affair, telling Churchill the spat had resulted in “columns of free advertising, and the sales of tickets have taken a sudden bound.” Attendance for the early lectures was mixed, with several sellouts but also a sea of empty seats for the stop in Baltimore.

Shortly before going to Ottawa for Christmas, Churchill lectured in Fall River, Massachusetts on December 21, 1900. It was the oddest engagement of the tour. Churchill was disgusted to discover he had been booked to speak at a private party at the home of a local industrialist, John S. Brayton (probably at the residence pictured above). Even though he thought he had been hired out like a “conjuror,” Churchill spoke for 50 minutes to the 200 guests, complete with an Orpheus orchestra, in the house that was decorated for Christmas. The audience found him a “charming personality.” He was paid £40. The appearance in Fall River further damaged Churchill’s trust in Pond. The relationship reached its breaking point while Churchill was in Ottawa, the story of which is fully recounted in “A Vulgar Yankee Impresario: Churchill, Major Pond, and the Lecture Tour of 1900–1901” in the Finest Hour (No. 174) by the writer of this blog. The issue is available here.

The November issue (#125) of the Churchill Bulletin: The Newsletter of Winston Churchill has been released. It includes a report on the 35th International Churchill Conference that took place earlier this month in Colonial Williamsburg, an article on the speech by retired Associate Justice of the Supreme Court Anthony Kennedy at the conference, and the annual awards dinner of the United Kingdom branch of the International Churchill Society. The Churchilliana column discusses a rare poster of Churchill as a pilot that was produced in 1942–43. The newsletter is available here.

The historian and biographer Andrew Roberts was recently interviewed by the writer of A Blog on Winston Churchill about his monumental new book Churchill: Walking with Destiny. It easily ranks as the best one-volume biography of the British prime minister. I thank Andrew for making available the time to share his thoughts on Churchill.

1) Please describe the new documents and papers that became available since the last major Churchill biography that you used in researching and writing Churchill: Walking with Destiny.

Since the last fully comprehensive biography of him, there have been no fewer than 41 sets of papers that have been deposited at Churchill College, Cambridge of people who worked with Churchill, as well as those of his daughter, Mary Soames. The Queen has allowed me to be the first Churchill biographer to use her father King George VI’s diaries, which are very revealing about Churchill’s private thoughts during the darkest days of the Second World War. The Soviet ambassador Ivan Maisky’s diaries have also now been made available for the first time. I was also lucky to have discovered the verbatim accounts of the War Cabinet during Churchill’s premiership, which I have mined extensively for this book.

2) In addition to his other accomplishments, Churchill won a Nobel Prize in Literature. He had many ideas for writing projects that he never had the time to take on. What book do you wish Churchill had written?

I wished he had written his great life of Napoleon, which he planned to write in the 1930s. It would have been one of the great books of all time, as well as a great insight into Churchill himself.

3) Groundbreaking in your research has been the use of the diaries of King George VI. Please describe the relationship between Churchill and King George.

They needn’t have been friendly as Churchill had supported the King’s elder brother Edward VIII in the Abdication Crisis and the King had supported Chamberlain over Appeasement but they quickly got on very well indeed, even as quickly as the Battle of Britain. In fact the King referred to Churchill as his ‘friend’ and Churchill was the only one of his four Prime Ministers he called by his Christian name. Churchill trusted the King with all the most important secrets of the War.

4) You previously wrote Napoleon: the Great and now Churchill: Walking with Destiny. Please compare the two leaders. Which was the more interesting or complicated personality?

5) Churchill is a towering figure whose life might be even beyond a 982 page book such as Churchill: Walking with Destiny. If you had had more space, what would you have liked to include or go into more detail in the book?

This book could easily have been ten times longer. I had to discard scores of thousands of words to keep it down to 982 pages. If I’d more space I’d have concentrated more on his time in the trenches and as Minister of Munitions in WW1, but theres only a certain amount one can expect of one’s readers.

6) What qualities made Churchill such an effective leader, especially during wartime?

His historian’s view of British history allowed him to see the strategic predicament of 1940-41 in terms of earlier crises, such as the Spanish Armada, Louis XIV’s wars (which had been won by his great ancestor, the Duke of Marlborough), the Napoleonic Wars and the First World War, and enabled him to explain this to the British people how they would prevail. The thousands of speeches he had delivered in the four decades of his public life before 1940 also stood him in excellent stead, and I analyze his oratorical techniques in depth.

7) What do we know about his personality and character, both in the public eye and behind closed doors?

His personality behind closed doors was remarkably close to the one in public; he wore his emotions on his sleeve. Unlike many politicians, there were not two Winston Churchills: the public and the private. The British people sensed this genuineness of character, and, albeit late in his political life, responded to it warmly. His lack of guile meant that he was not good at the kind of political intrigue that his contemporaries excelled, often to his great disadvantage.

8) What would you class as Churchill’s biggest strengths and weaknesses?

His greatest strengths were his moral and physical courage. A few people have one or the other, but only a very few have both. His weaknesses were many: he was no good at economics; he trusted people even after they had let him down more than once; he used his charisma and forceful character to impose bad policies on occasion, and he thought in terms of national and racial stereotypes that often proved to be totally false, as when he thought the Turks in the Great War and Japanese in the Second World War would not make good soldiers. Overall, however, his faults were feathers in the balance besides the iron of his strengths.

The Midland County Library located in Midland, Texas will host the exhibition Winston Churchill: A Legacy of Leadership from November 17, 2018 to January 16, 2019. The exhibition includes over 50 items and artifacts, including a draft of the Iron Curtain Speech, a top hat signed by Churchill, Roosevelt and Stalin, and a painting by President George W. Bush. The exhibit is organized by the National Churchill Museum in Fulton, Missouri. The library web site is available here.

An extended review of the article “British Attempts to Forge a Political Partnership with the Kremlin, 1942-3,” by Martin H. Folly (Journal of Contemporary History, 53:1, 2018) prepared by the writer of this blog has been published on the Churchill Project. The article is available here. 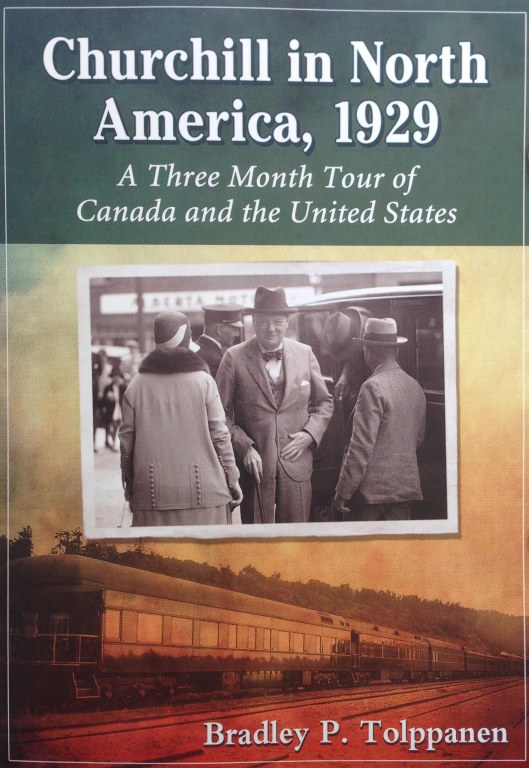 Winston Churchill took a three-month vacation to North America in the summer and fall of 1929, a little known event in his long career. In the company of his son Randolph, his brother Jack and his nephew Johnny, he toured Canada and the United States. Notable are Churchill’s meetings with political, business, newspaper and entertainment figures (President Hoover, Prime Minister Mackenzie King, Bernard Baruch, William Randolph Hearst, Marion Davies and Charlie Chaplin) as well as his visits to such landmarks as the Grand Canyon, Lake Louise, Niagara Falls and Yosemite.

For more information on my book describing Churchill’s 1929 visit, click on the book cover above.